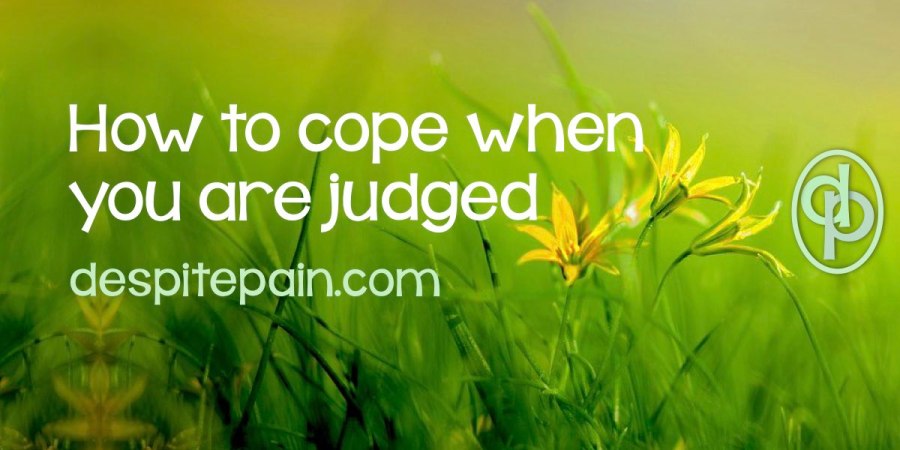 People who live with chronic pain or a chronic illness are often put under scrutiny. Most have felt judged at some time in their lives.

Being Judged is Demoralising

Friends, families, colleagues, doctors, social security and even strangers can all be guilty of judging people who live with chronic pain or illness. It’s not helpful when newspapers and other media lump all chronically ill people together under one heading – lazy benefit scroungers.

Being judged is demoralising and leads people to feel guilty and ashamed. People who live with health conditions should never feel like that. Haven’t they got enough to deal with?

It’s Often a No Win Situation

When people are unhappy and depressed due to their health condition, they are often judged for being moody. Depression often comes along with a chronic illness and can also be caused by medications. People need help and support with this, not judgement.

At the other end of the scale, when people are smiling and trying to stay positive, it’s sometimes suggested that there’s nothing wrong with them. “They obviously don’t have pain if they can smile”
But nobody can see what lies behind their smile. A smile doesn’t mean someone has no pain.

Other Judgements That Are Made

The most common assumption made is that a pain or illness sufferer is lazy. After all, they often don’t work, meaning they are at home all day. They might sleep a lot. They might not do much housework. They might not be able to look after their families. So, they’re lazy.

We’d rather not be stuck at home, sleeping the days away. We’d like to have a life.

Many chronic illness sufferers have been told how lucky they are to be able to, “stay at home all day getting money from taxpayers”.

People are judged because they have virtually no social life and often let people down when they need to cancel plans.

We want to enjoy life. We want to be sociable. Our pain or illness prevents it. We don’t want to be the unreliable friend who cancels at the last minute.

When they do socialise or do something enjoyable, it’s sometimes presumed that they are fit, healthy and living life to the max.

Some people are told they don’t try hard enough.

We try. But sometimes our conditions will not allow us to try harder. We’ve had to learn to listen to our bodies and we know that pushing limits will worsen the pain or illness.

Some people are judged for focusing on their health too much.

We focus on it because our pain or illness is normally at the front of our minds day after day. It becomes difficult to shift the focus.

People are often judged for taking medication. Some are even called drugseekers.

Medication makes life more bearable. If people realised the side effects which can come with some of those meds, they’d realise we don’t take them through choice.

Some people are told that their pain or illness is their own fault because of their weight or lack of exercise.

Perhaps mobility issues contribute to the weight and lack of exercise. If a doctor suggests dieting or exercise, it should be said with compassion along with the offer of support. Sometimes well-meaning people suggest it, but it comes across as being judgemental. And some people are just rude.

Often people are judged for parking their cars in disabled bays or using disabled toilets because they don’t “look disabled”. They are told they are too lazy to walk or wait in a queue for a toilet.

Being disabled doesn’t have a specific ‘look’. People of all ages, including children, live with illnesses and painful conditions, many of which are invisible. Nobody knows what another person is dealing with.

Being Judged or Being Nice?

You don’t look sick – this phrase annoys many people who live with chronic pain or illness. But it is often said with good intentions. If someone I know and care about tells me that I don’t look sick or that I am looking well, I take it as a compliment. I really don’t want to look the way I feel.

However, when some people say, “you don’t look sick”, it’s not meant as a compliment. It’s used in a judgemental way and can be interpreted like this:

How to Cope When You’re Feeling Judged

When we’re judged, it hurts. Depending on who is judging, it can hurt a tremendous amount. We shouldn’t let other people’s opinions get us down. But what can we do to make those judgemental comments hurt less?

We often live with self-imposed guilt. We don’t need other people’s judgements.

Whether you are a chronic illness sufferer, or someone lucky enough to live with good health, please think before making harsh judgements. Build people up, rather than knock them down. Showing compassion and kindness is a much nicer way to treat people.

Do you ever feel judged? I hope you don’t let other people’s opinions get you down.
Please leave me a comment below and click the social media buttons to share the post.
Thank you for reading.

42 thoughts on “How To Cope When You Are Feeling Judged” 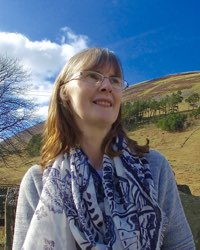